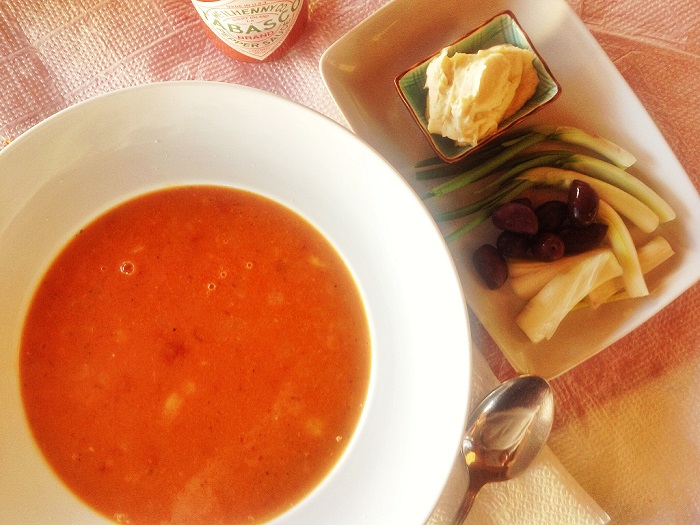 As far as Greek dishes go, Fasoulada, may be one of the most underrated dishes amongst tourists coming to Greece. Most Greeks when asked the question of which dish represents the country most, would more than likely give the title of Fasoulada as the National Dish of Greece. This most ancient Greek soup dates back to the time of antiquity where the Ancient Greeks would spend a whole day to celebrating the mighty Fasoulada! This dish must have saved Greece during World War II as it became the staple diet during the war. I joke with people in saying that the Germans did not like beans or else they would have stolen them as they did most other foodstuff.

Fasolada is primarily made with dried navy or white haricot beans. Its nutritional attributes cannot be overlooked as it contains protein, iron, fibre, magnesium and potassium. Other ingredients include carrots, celery, onion, tomato paste and olive oil. The soup adheres to the Mediterranean diet with its legumes and vegetables, rich in antioxidants.

Looking on-line at other people’s contributions to the Greek Bean Soup (Fasoulada), I noticed that many dishes do not resemble the way most Greeks would cook it. Many added more vegetables than normal or more tomatoes since the Fasoulada looked too red in color. I’m quite sure that these dishes tasted just fine and I’m not saying the Fasoulada in these other recipes is wrong (though, I would say the recipes are more a Greek-Style Fasoulada) where as this version here is a more traditional version or should I say Theadora’s Fasoulada. Notice that there is no garlic in this version. Theodora says that garlic is added only to Fakes (Greek Lentil Soup). I also like to add a few drops of Tabasco just before I eat it as I like it a bit spicy!